Formed under great secrecy at RAF Scampton in Lincolnshire during World War II on 21 March 1943, The Royal Air Force 617 Squadron, The Dambusters included British Royal Air Force personnel as well as Royal Canadian Air Force, Royal Australian Air Force and Royal New Zealand Air Force. This special squadron was formed for the specific task of attacking three major dams on the Ruhr in Germany: the Mohne, Eder and Sorpe. The plan was given the codename Operation Chastise and was carried out on 17 May 1943. 617 Squadron The Dam Busters had to develop the tactics to deploy Barnes Wallis's "Bouncing Bomb".

The limited edition Dambusters pins have a circulation of 2,000 and will be a great keep sake for years to come. 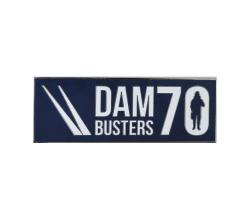 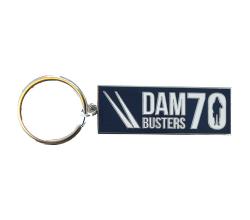 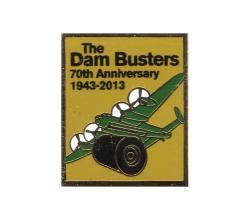 Back to Royal Air Force